Request for Proposal
Repair and Reconstruction of Roads
JUNE 22, 2020

The City of Thorne Bay is requesting proposals for purchasing Road Repair & Reconstruction Services specific to removal of hazards within specified roads in the City Limits.

Proposals will be received by the City of Thorne Bay, hereinafter called “City.”

Proposals will be opened 9:00 am on Tuesday, June 23rd for the purpose of evaluation of the bid and qualifications of the contractor.

Service providers whose proposals meet the criteria established in the Request for Proposals, at the sole discretion of the City, may be considered for Contract award. The City may, by direct negotiation, finalize terms with the service provider who is selected for award based on proposals.

The City reserves the right to reject any or all responses for any reason. Clarification of information may be requested by the City.

The City Council will award the contract at a special meeting of the Council to be held  not later than July 3rd. Public and bidders will be notified of the Special Meeting Date once determined. 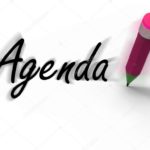 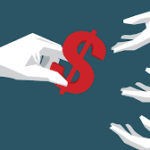 AMHS ASSISTS IFA WITH GETTING STRANDED CUSTOMERS TO HOLLIS & KETCHIKAN

Request for Proposal (RFP) for Repair and Reconstruction of Roads